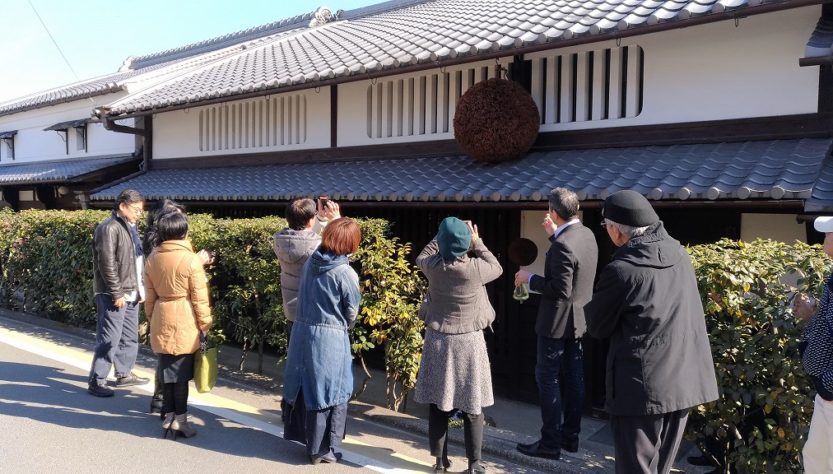 On a pleasant Sunday in March, we went on a tour of Masuda Tokubee Shoten’s brewery, which produces Tsukino Katsura sake. We had the luxury of being shown around by the company president himself, Mr. Tokubee Masuda. We are very grateful to the sponsor who organized the tour – NPO “Kyoto Ajiwai Monogatari”.

Masuda Tokubee Shoten is a sake brewer that was founded in 1675, the third year of the Enpo era. The current company president is the 14th generation Mr. Tokubee Masuda. For generations, the head of the family has been given the name Tokubee, so when his father passed away and he became the company president, he also became Mr. Tokubee Masuda. All of his legal documentation had to be changed, from his driver’s license to his passport, and he says it was quite challenging.

Everyone listened attentively to the refined and intelligent Mr. Masuda’s talk. One intriguing point was, “Brewery employees don’t eat mandarin oranges.” Things like peeling oranges by hand are off-limits because citrus fruits kill sake yeast. Employees also don’t touch bread because it’s a different type of yeast. And they try to avoid touching or eating fungi different from sake yeast as much as possible, according to Masuda.

The taste of sake is a combination of ingredients including water, rice, koji mold, and yeast. No matter what, if you use similar ingredients in similar ways, you’ll end up with a similar flavor, so even for brewery employees, distinguishing their brand is not an easy task. 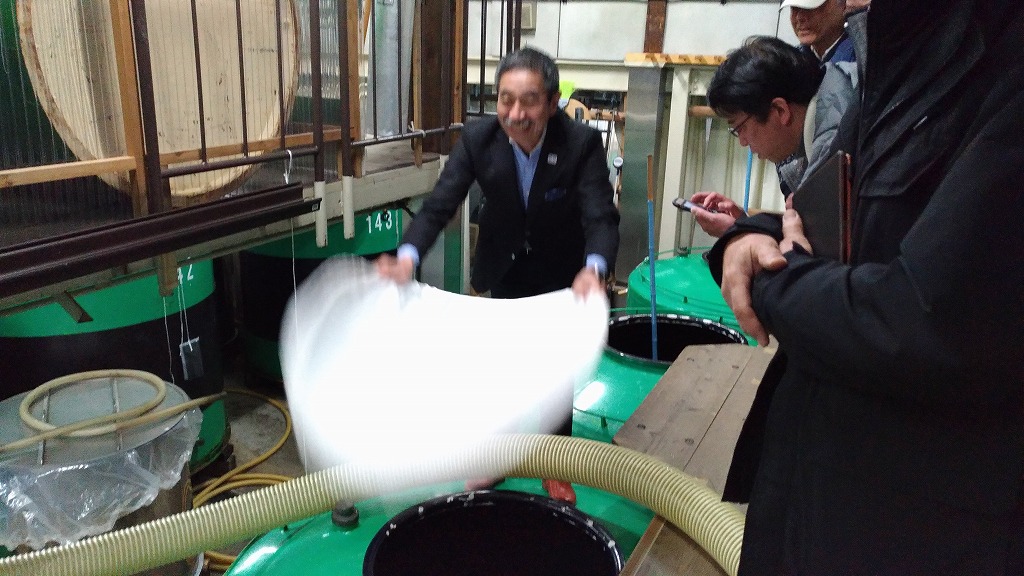 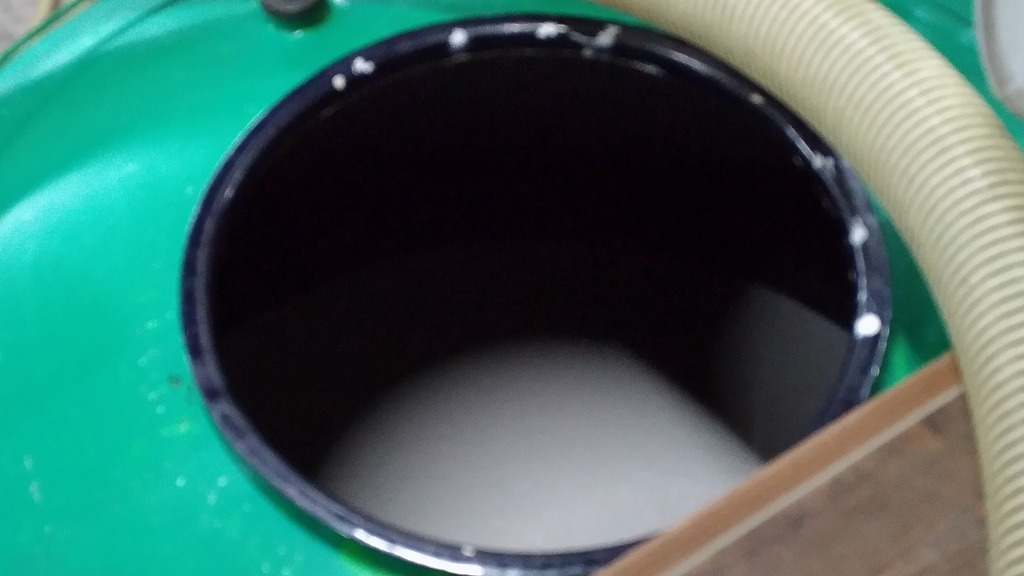 Tsukino Katsura is all about unfiltered sake. Since it’s now March, production has already finished, but we got to see the storage tanks. We were enveloped by the fruity aroma of ginjo sake. What a wonderful experience! 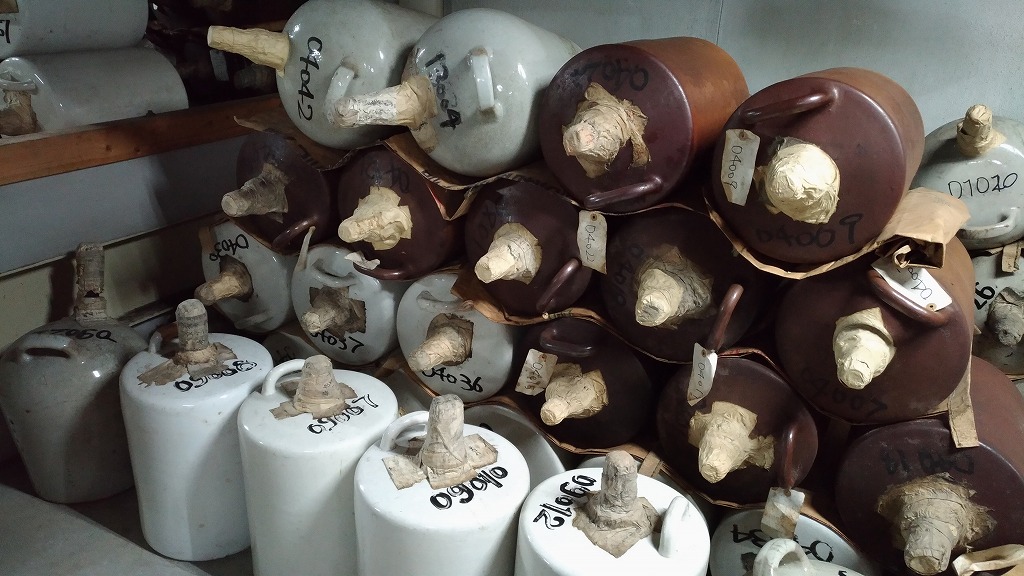 This is where the aged sake is stored. There is some aged 50 years, and even some as old as 100. The containers are made of porcelain ordered specially for this purpose. The brewery used to order the porcelain from insulator companies, but those have vanished from Japan in recent years, so the porcelain now needs to be ordered from other places such as Jingdezhen, China. The containers can’t be ceramic because the contents would eventually evaporate. Even the stoppers need to be coated with varnish to prevent evaporation. And the price of a bottle is…more than a Romanée-Conti?! 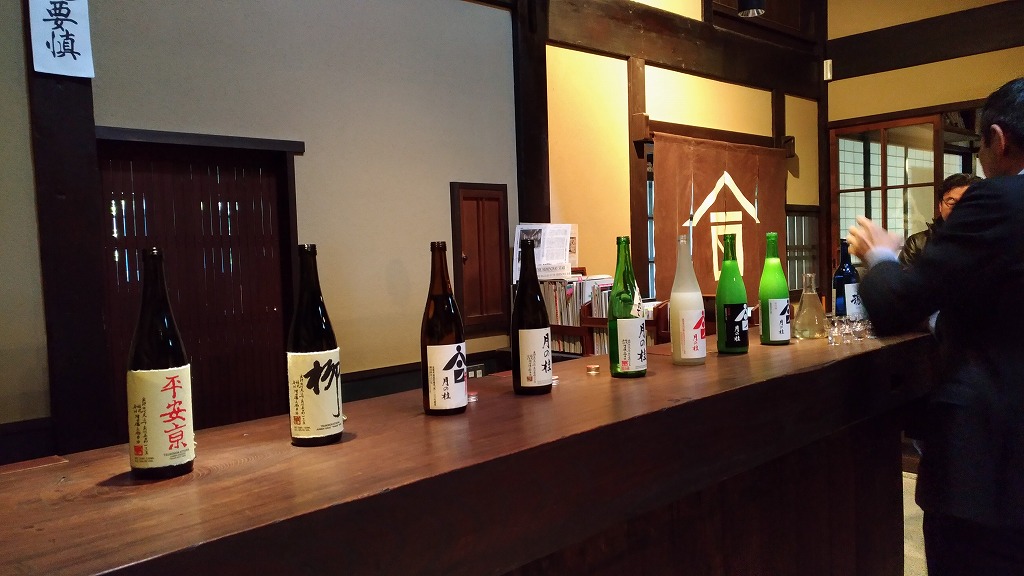 After that, we were able to try over ten kinds of sake. This experience was rich in heavenly sake. We had a wonderful time. Cheers, Tsukino Katsura!