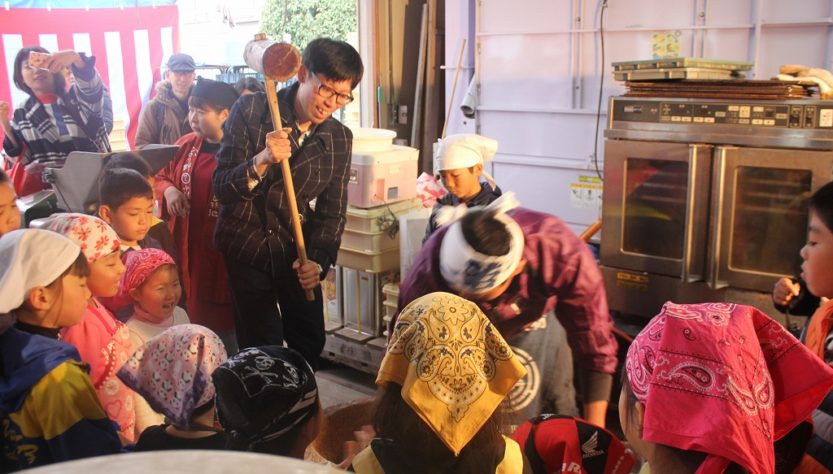 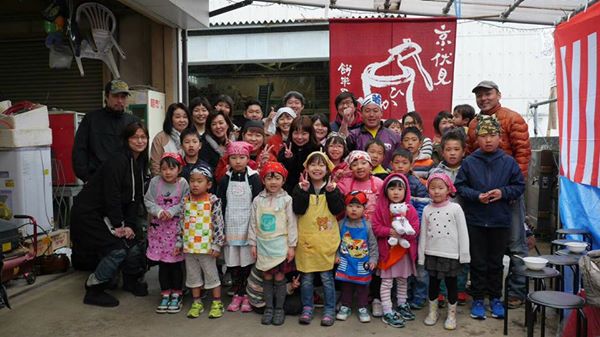 On March 31, shortly before the end of spring break, “Let’s Eat Oguraike! Parent-Child Mochi Pounding Event” opened with the cooperation of the owner of the Hikari-Mochi Nakamura-Honpo shop in Fushimi, Kyoto.

■ By the way, are you familiar with Oguraike?

Oguraike was a large body of water that extended over Fushimi, Uji, and Kumiyama. It was so big that calling it a lake wouldn’t be an exaggeration, and indeed it was roughly the same size as Lake Suwa in Nagano Prefecture. Kyoto is said to be feng shui-like with its ideal topography for the four Taoist gods: a river in the east, a broad avenue in the west, a basin in the south, and a hill in the north, in this case, Oguraike was the basin in the south. However, in ancient times Toyotomi Hideyoshi began the alteration of Uji River, and subsequently the rivers in the basin were also altered for the purpose of flood prevention alongside the urbanization of the surrounding areas, and in the early Showa era Oguraike was completely converted to farmland by major reclamation.

There are a number of theories concerning the origin of the name Fushimi, and there’s even one that points to a poem composed by Kakinomoto no Hitomaro (a poet of the Asuka period). Here is the poem:

It roughly means, “Oguraike’s inlet is full of the cries of wild geese. It seems to extend northward to Fushimi’s rural area” (referenced on this website), and this tells a story of Oguraike which, since olden times, sustained the people who lived there with its rich ecosystem.

Well, that introduction ran a little long, but “Let’s Eat Oguraike! Parent-Child Mochi Pounding Event” was when many people in the region gathered to eat sticky rice grown on the land that was formerly Oguraike. Mochi pounding used to be associated with the end of the year, but nowadays there are few people who do it at home. Especially recently, prevention of the norovirus and other types of food poisoning has been relentlessly discussed, and the chance for events run by neighborhood associations, PTAs, and shopping centers, for example, has diminished. The purpose of this event was to impart the traditional culture of our Kyoto, to connect Japanese culture to the next generation, and to show many people the fun of pounding mochi. 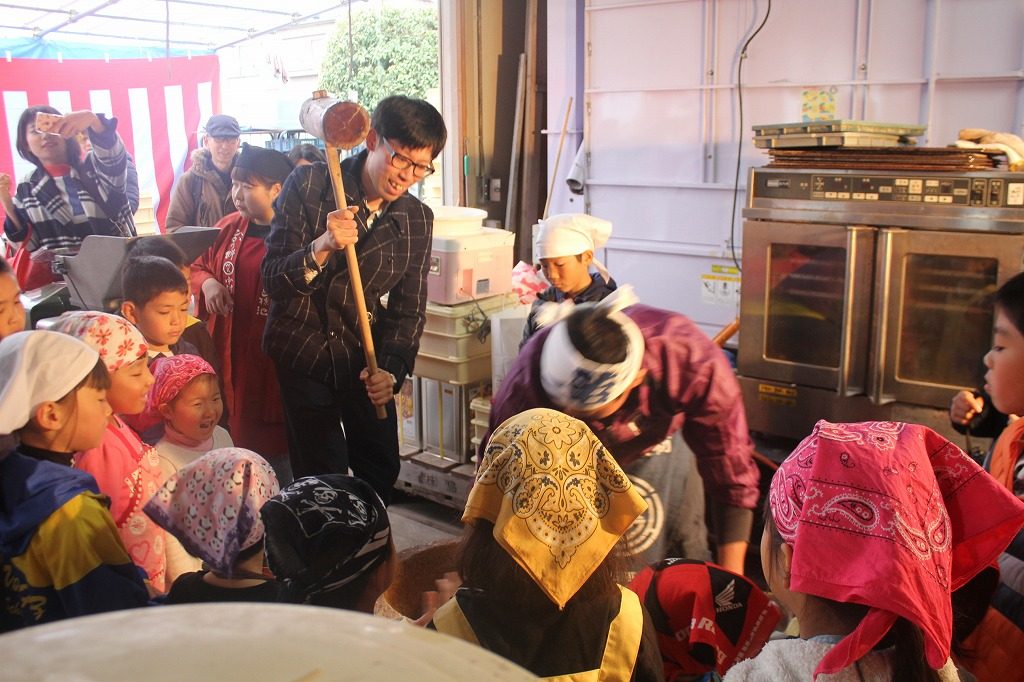 On the day of the event, parents and their children gathered at the center, and altogether there were 40 people from the surrounding area. To keep the mochi from cooling, the mortars were first warmed with hot water before using them. Thanks to Mr. and Mrs. Nakamura’s help, the cooked rice became sticky rice in no time. The children also took turns with the hammers, calling “Yoisho! Yoisho!” (Heave-ho! Heave-ho!) in unison as they pounded the mochi. 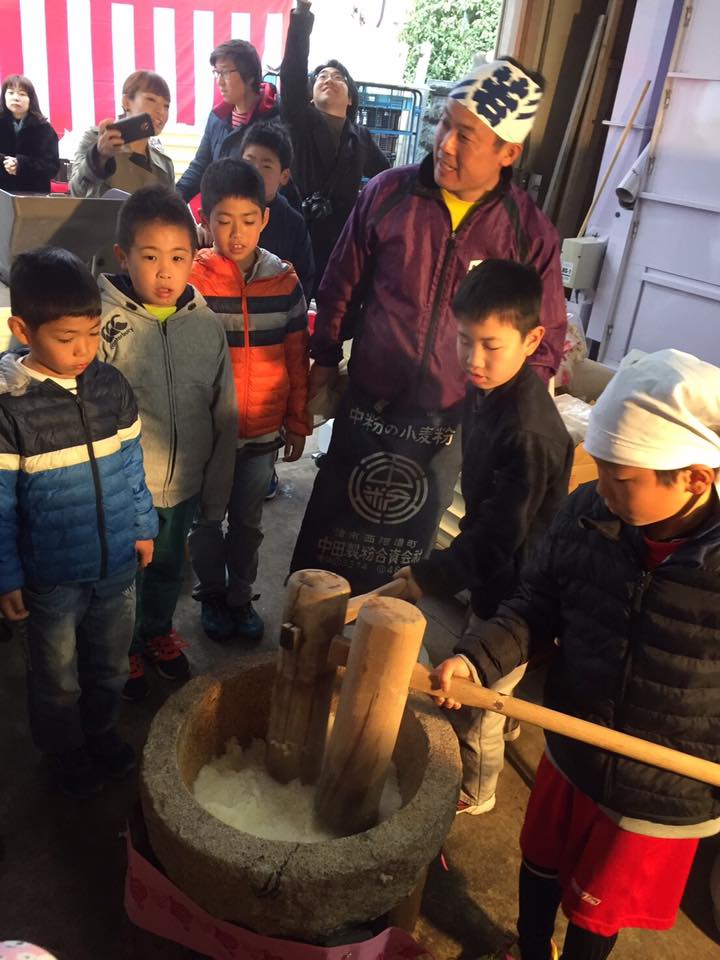 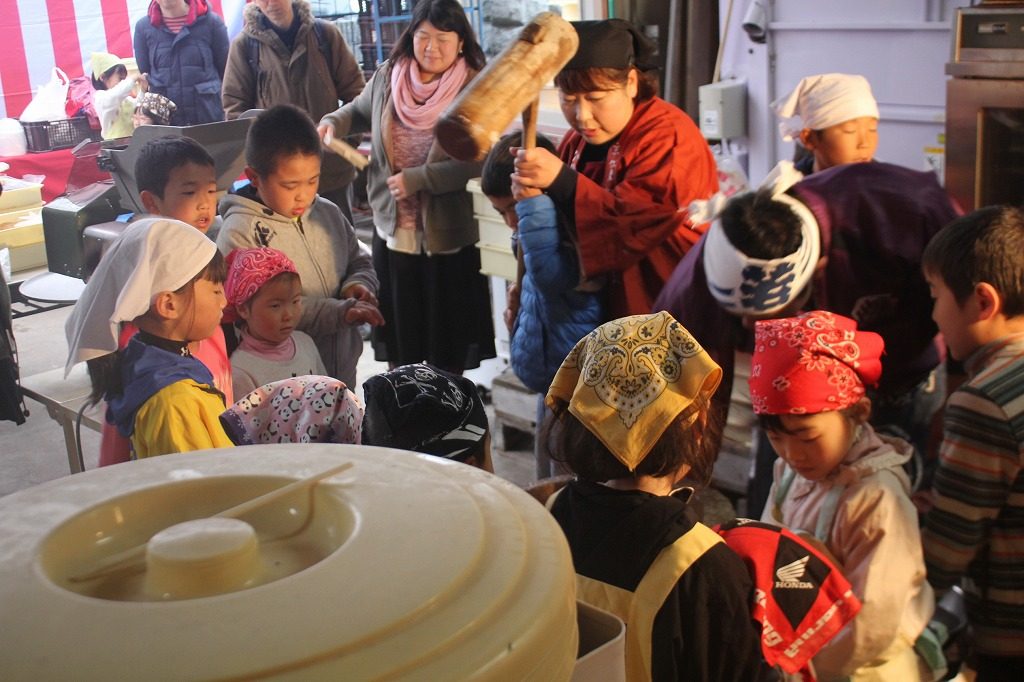 Once the mochi was rounded off to an easy-to-eat size, the next step was to cover it with soybean flour! Then red bean jam, followed by soy sauce, was added to enhance the flavor. Among the participants were those known as “repeaters,” or people who had done this type of event before, and these parents and children accustomed to the task rounded off the mochi. As expected, freshly-made mochi is light, vibrant, and delicious.  It’s probably also because of the top quality of Habutae, the type of glutinous rice that Mr. Nakamura raised 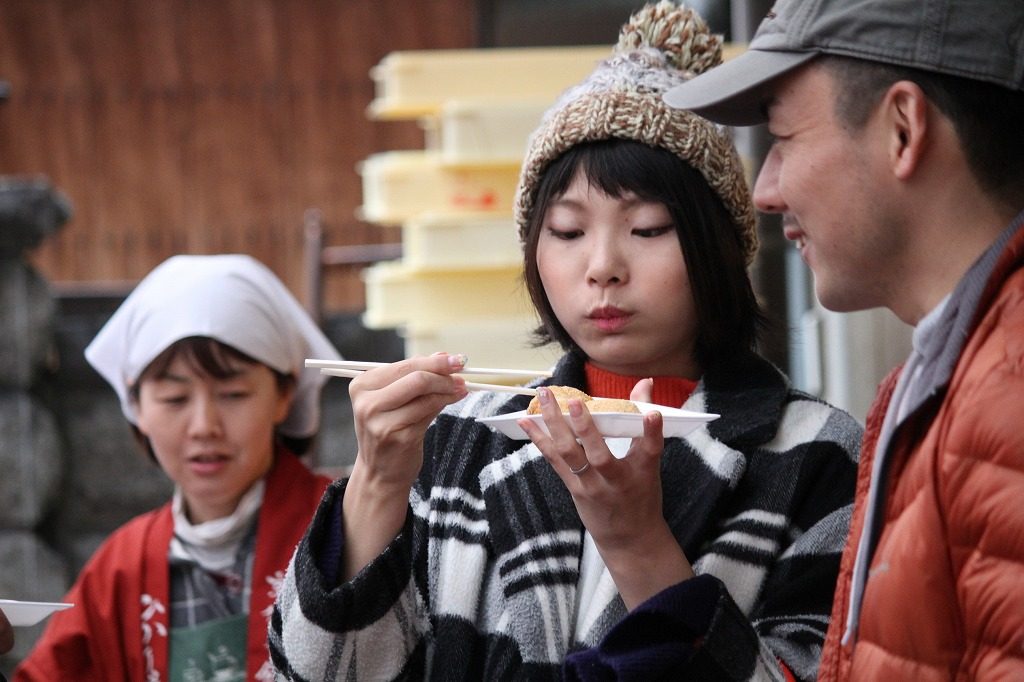 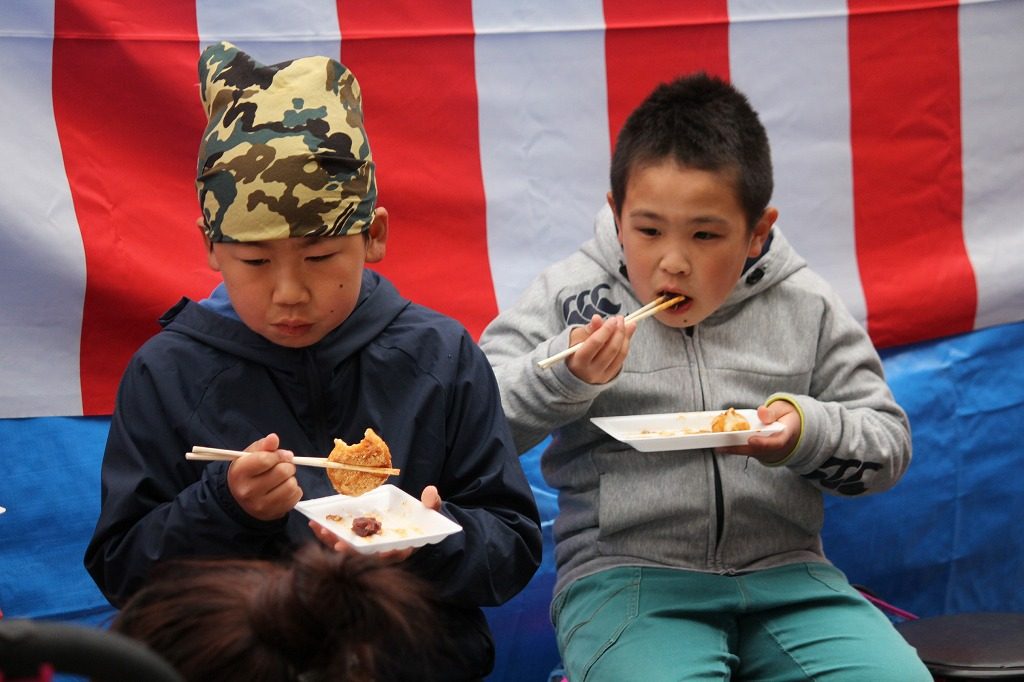 In the latter half of the event, a fiddler and a guitar player appeared, and when they began to perform, children steadily gathered around them. Not just the children, but the parents, too, were delighted to hear live music. 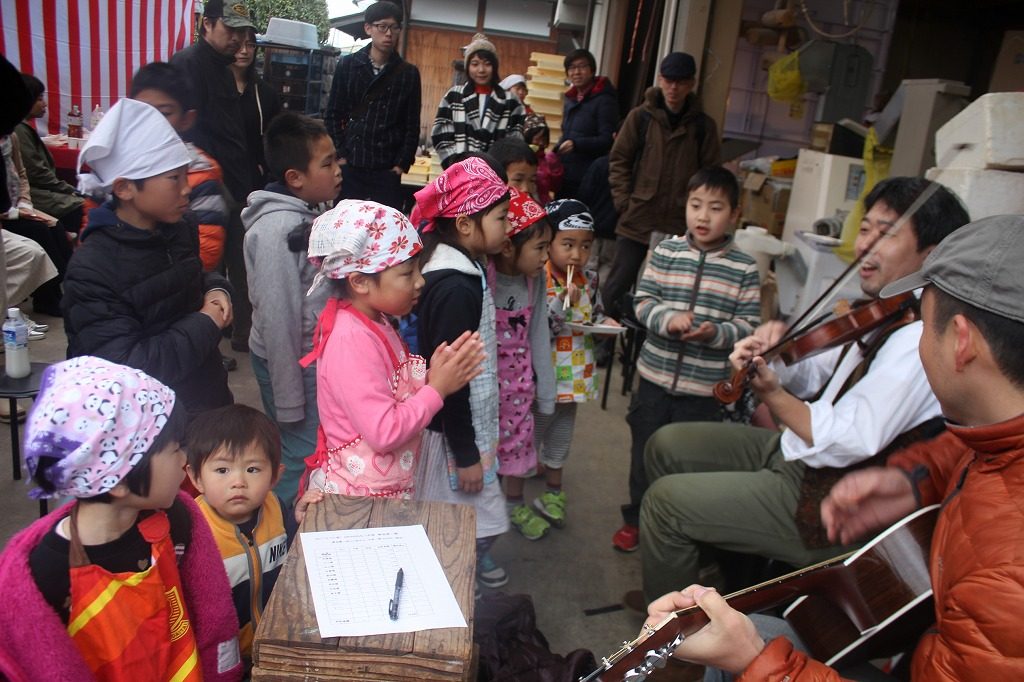 “Let’s do it again sometime!” was the feeling that pervaded the event as it ended on a high note.

Movie of the event can be seen from here.