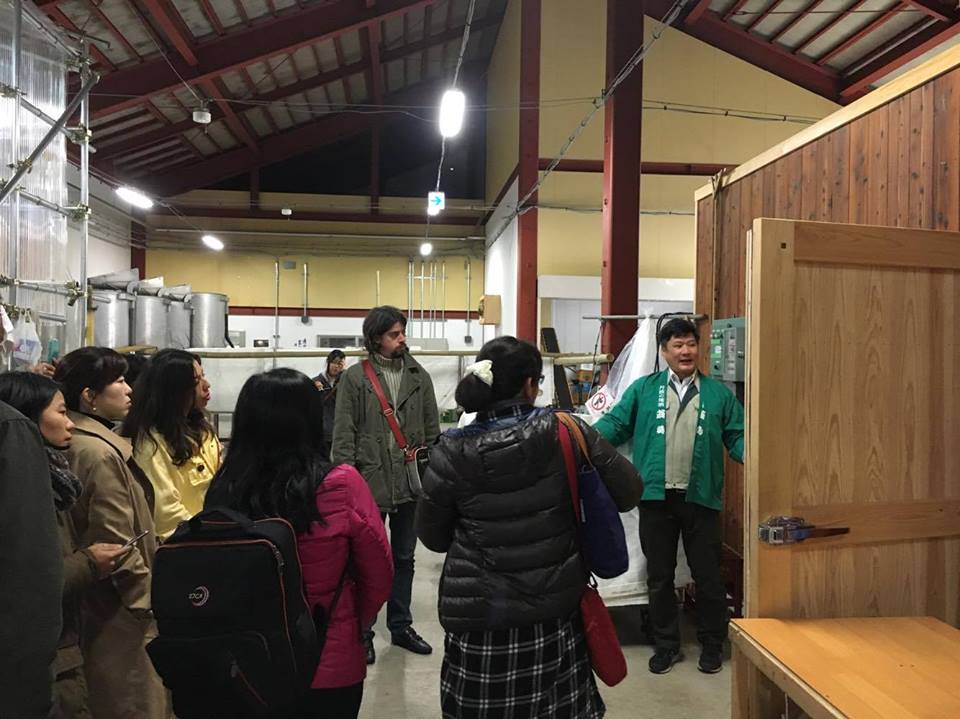 We toured the Oishi Shuzo brewery in Miyama! From the outside it had a real presence, standing on a patch of flat ground, surrounded by mountains covered by cedar trees. I forgot to take a picture of it from the outside, so this picture shown above is taken from the distillery’s homepage. The picture below was taken from another trip made in the middle of February during a blizzard. 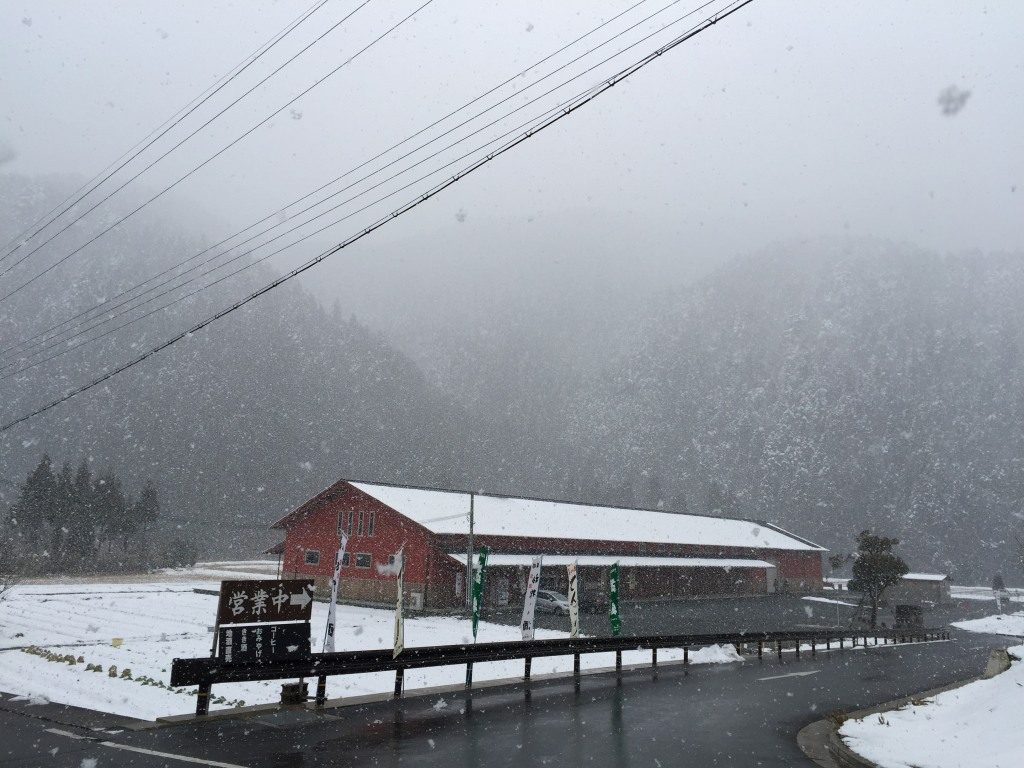 I will place it here for now. It looks pretty cold!

So, on this particular trip Okizaki-sama; the branch manager of Oishi Shuzo, was kind enough to give us a tour. It was March when we visited, so the sake brewing had already finished and the chief brewer had returned home.
Since there was no way to get close to the sake as it brewed, we were instead fortunate enough to be shown the Koji-muro. This is a room where the rice is cultivated using koji mold spores and is a central part of the brewing process. Because Miyama’s atmospheric temperature is much colder than it is in Oishi Shozu’s hometown of Kameoka, it seems that more time is needed to carefully brew the sake. The water is also drawn from the untouched Ashiu forest. It sounds delicious just hearing about it! 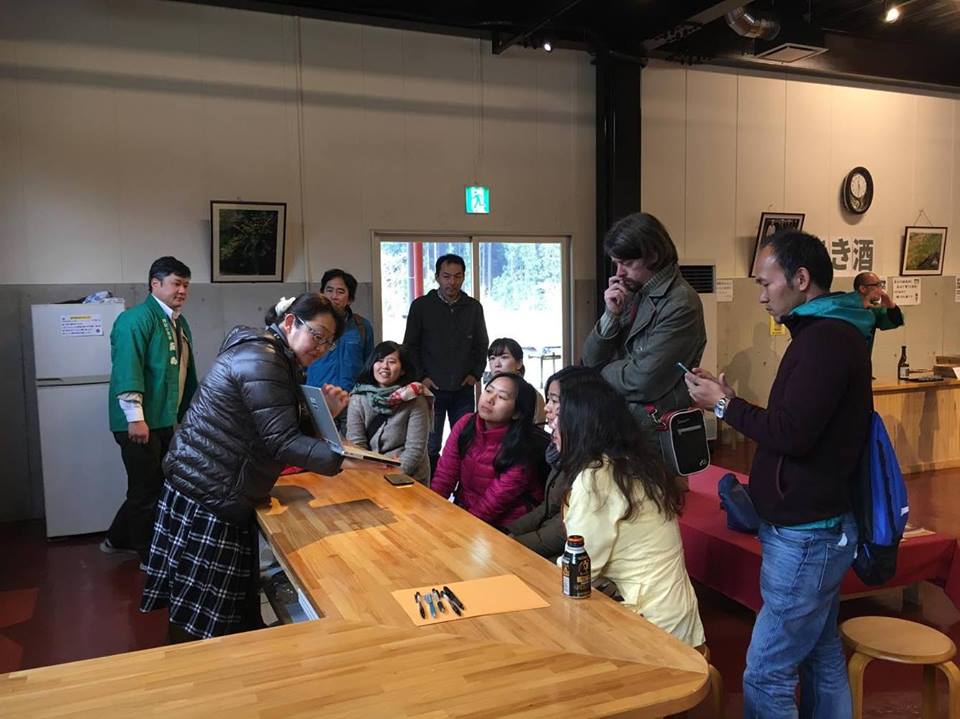 Ayuko Yamaguchi-san is a qualified International Sake Advisor, and explained the process of brewing sake to us in English. Here she spoke about the process of converting rice into sugar and alcohol within the same vessel, a characteristic that is found only in the production of Japanese sake known as ‘multiple parallel fermentation.’ 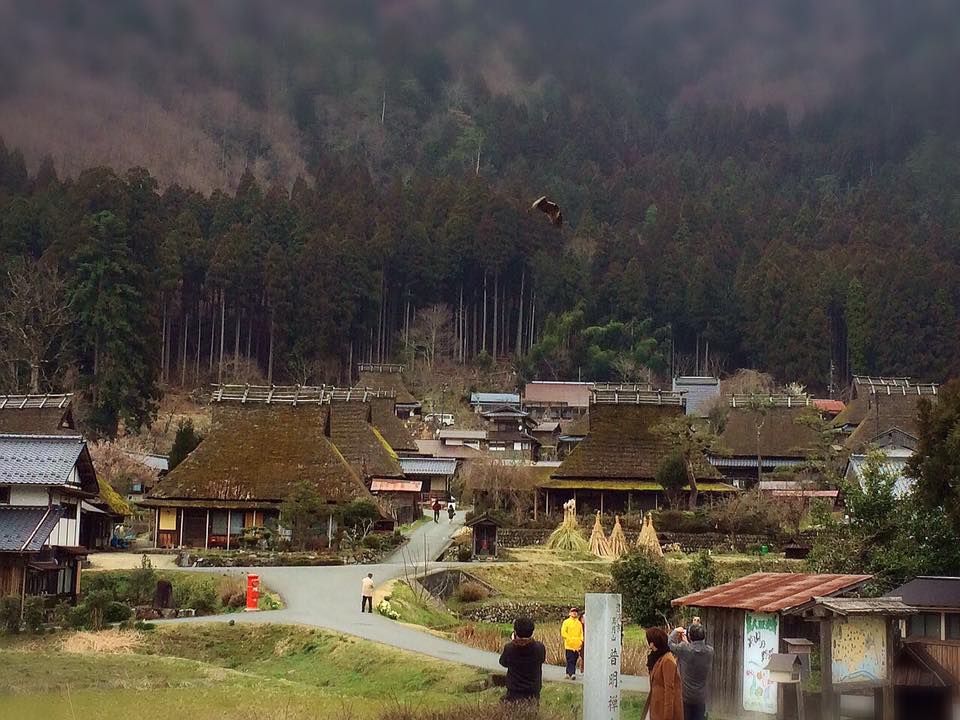 Close to the Oishi Shuzo brewery is the northern village Kayabuki no Sato. You can see the thatched rooftops of roughly 40 Kayabuki houses. I thought that this was a nostalgic scene of historic Japan. It looked like there were many houses here that followed the tradition of forest cultivation.

A shot of two friends from Italy and Myanmar. 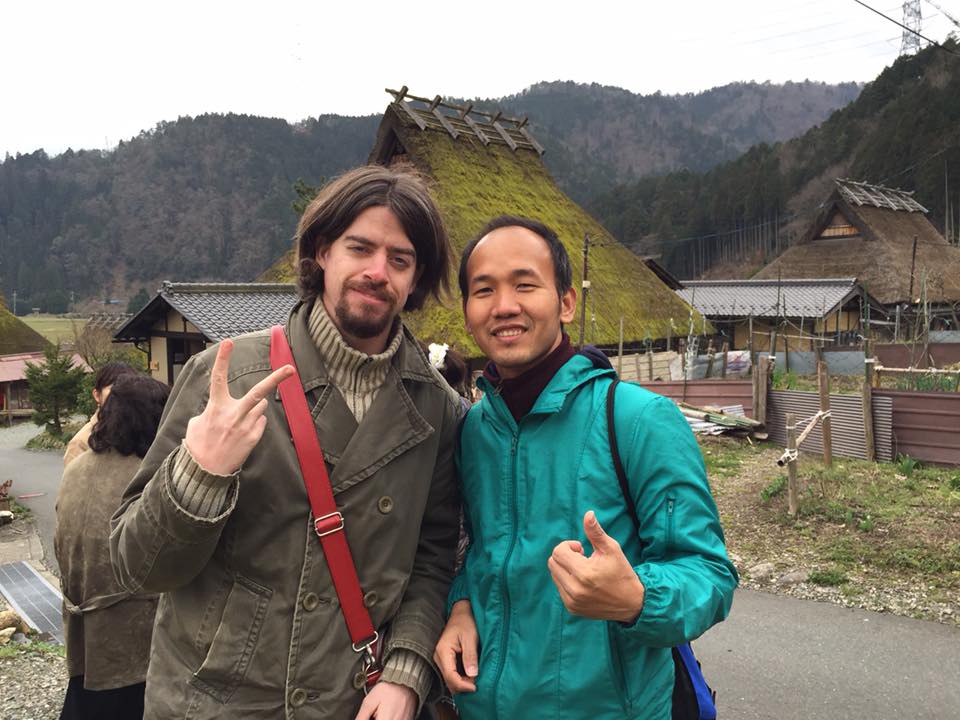