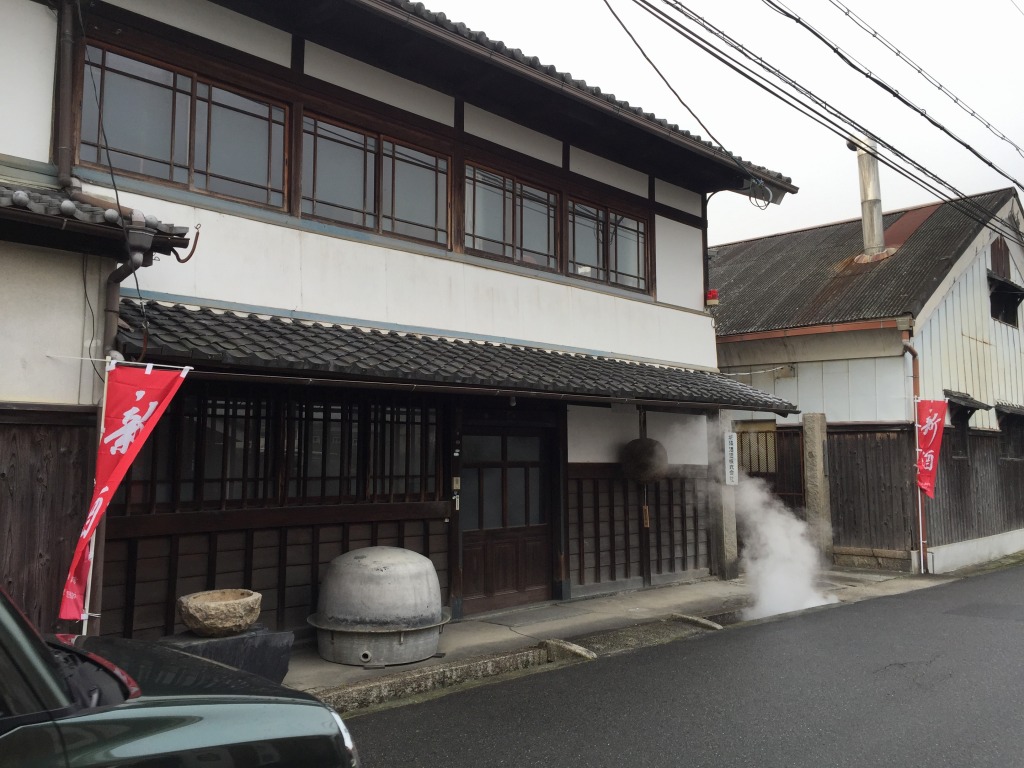 Joyo Shuzo can be found facing one of the old roads within the traditional town area. Seeing the vapors pouring from the steaming of sake rice within this old building is pleasing to the eyes of those walking down the street. Established during the Meiji era in 1895, it is now managed by Toshihiro Shimamoto-san; forth in the generation. It seems that the Shimamoto family has owned this land for a long time.

The chief brewer spoke with us as we toured the brewery. He came here from being a chief brewer local to Furukawa, and carefully produces sake using traditional methods. Certain processes have been mechanized to be more labor saving, however the fundamental method hasn’t changed at all since the old days. Brewing sake is a job that is done only during the colder winter season, so the workers also cultivate tea leaves during the warmer spring and summer months.

This large accordion looking machine is used for the last process of wringing the sake. Once the sake has been thoroughly wrung through, it leaves behind what is called sake kasu (the lees left over that can be used a pickling agent). 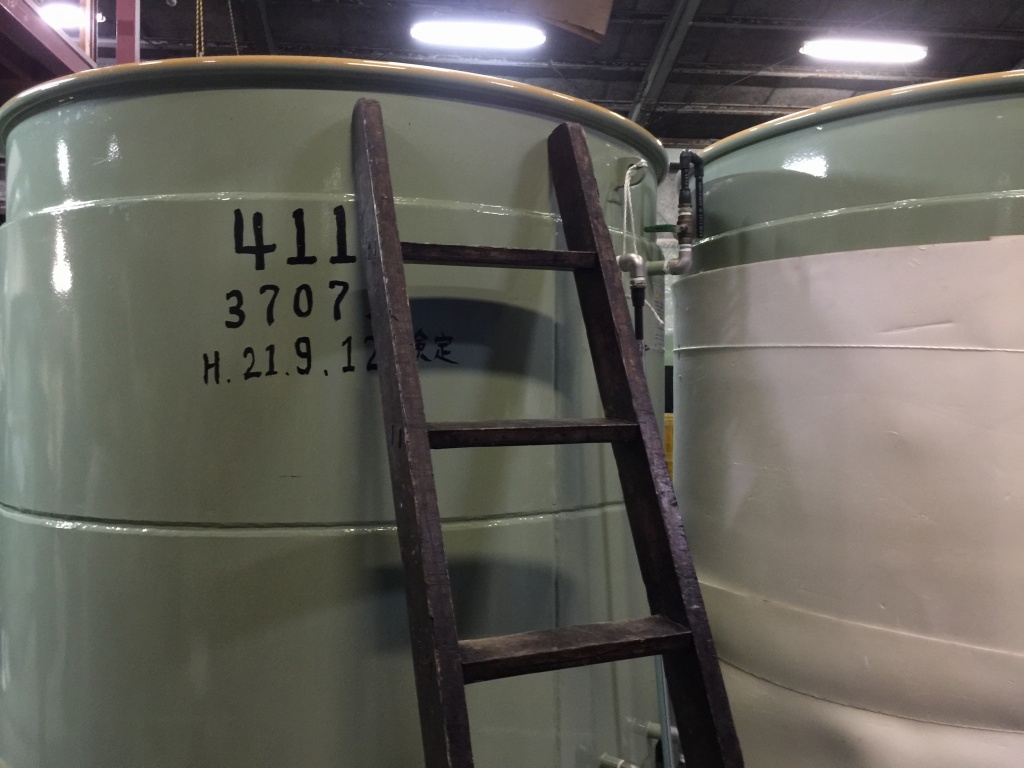 This is another highlight of Joyo Shuzo, the plum wine factory. Freshly harvested plums from the city of Joyo are placed into a fermentation tank along with white liquor and left to rest for up to 3 years. Joyo’s Aodani plum grove has been producing plums since the Kamakura period. Joushuuhaku are white plums of the highest quality available. The name comes from the white plum blossoms that are grown in Yamashiro, a province that also goes by the name Joushu.
There is a plum festival held every year in March.