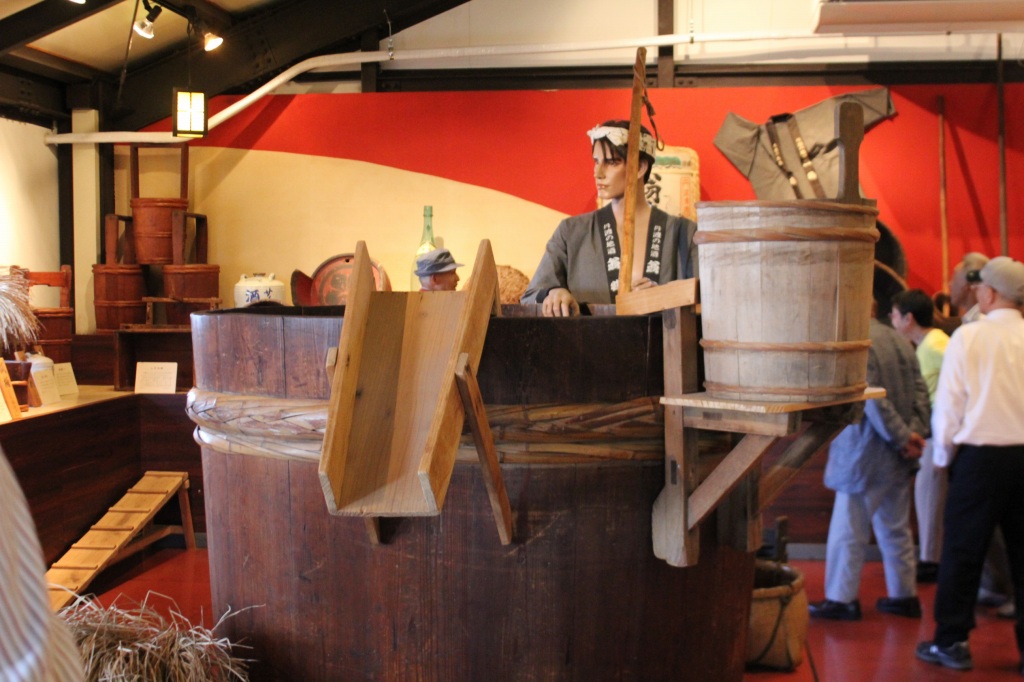 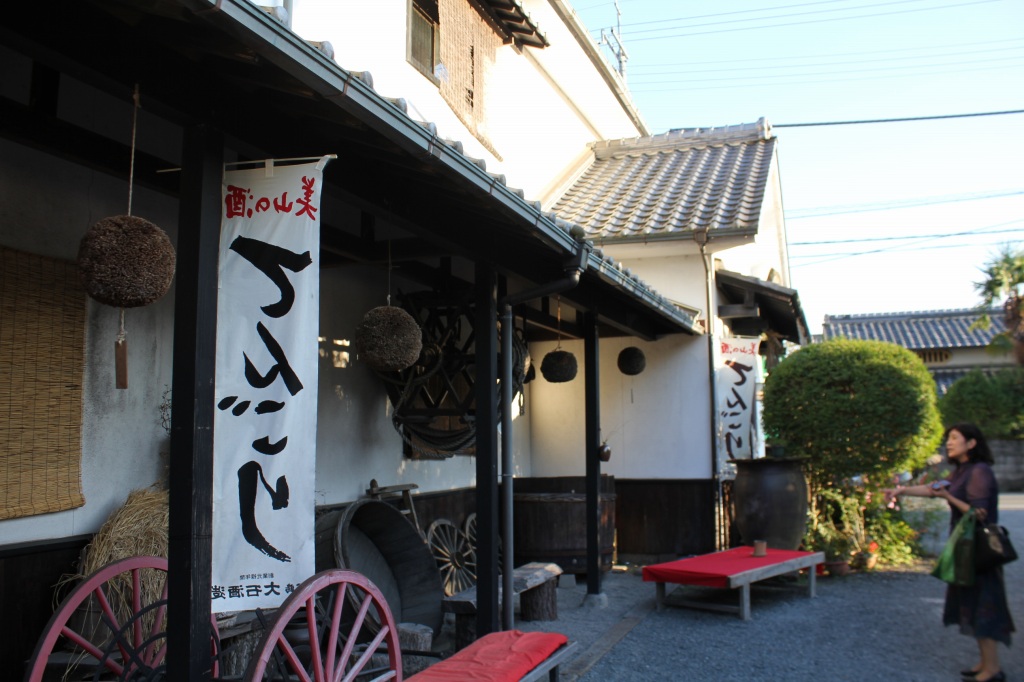 The Oishi Shuzo brewery can be found stretching across a corner of Kameoka’s rural landscape, immediately beside the historical Hiedano shrine. It is said that Oishi Shuzo was established during the Genroku period, some 300 years ago! Even today they continue to be thorough about maintaining the traditional preparation of ingredients and production in such a cold climate. Their brand is represented by the Okinaduru (old crane). 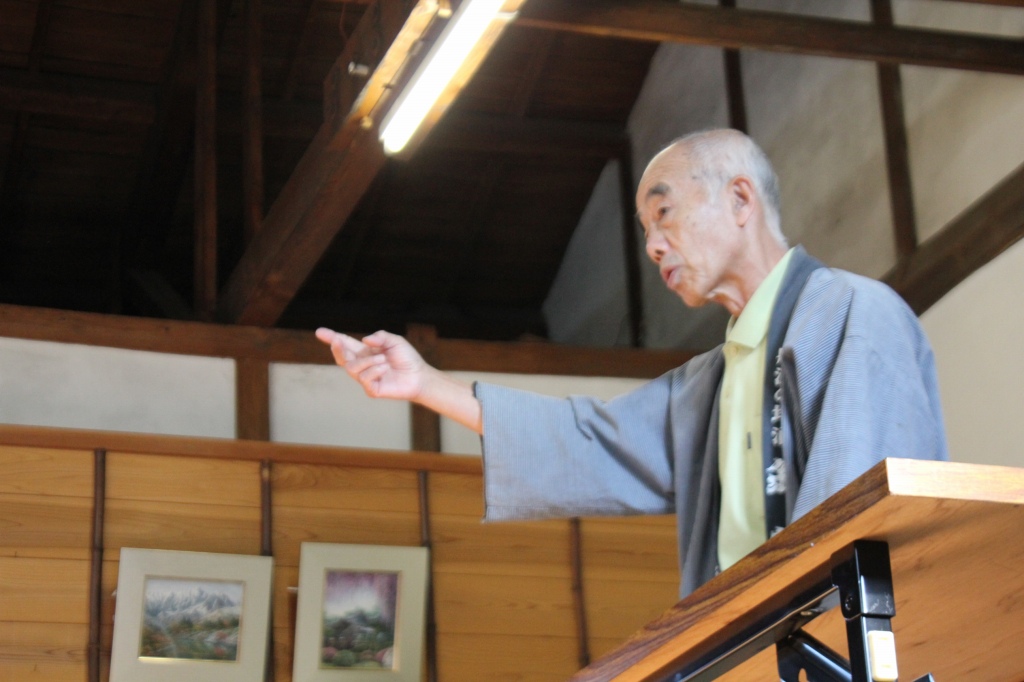 Pictured here is the company president, Hiroshi Oishi-san. A man full of vitality, he was one of the first generation students to travel to Egypt as part of the Japan Overseas Cooperation Volunteers program. This vitality is wholly reflected in his business, where he spent several decades in China working together with local businesses in sake production, and most recently built a new factory in Miyama in the city of Nantan. A talented speaker, we couldn’t stop smiling throughout the meeting.

Nowadays, sake isn’t being produced in Kameoka anymore, and the brewery has been converted into a memorial museum. Here you can see the traditional tools used in sake production. Oishi-san told us that all of the sake is now brewed in the new Miyama factory.

There was a manikin of an attractive brewery worker. This was something also featured by Tantei Night Scoop (a popular television show in Kansai). 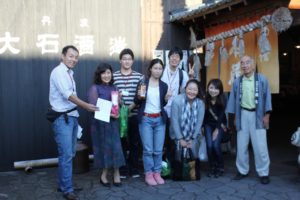